The article Website Translation and Destination Image Marketing: A Case Study of Reunion Island was recently brought to my attention by a friend. This study, first published in December 2013 by Jean-Pierre Tang-Taye (IAE University of Reunion) and Craig Standing (Edith Cowan University), was also published in 2016 in the Journal of Hospitality & Tourism Research (vol. 40, 5: pp. 611-633). 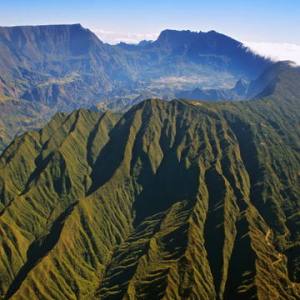 It compares representations of Reunion Island’s image as a tourist destination on the internet using French and English versions of websites to investigate the issues surrounding language translation. Although many of Reunion’s tourists come from mainland France (≈75-80%), as well as French-speaking Belgium and Switzerland, the island has been attempting to diversify and enlarge its market share by targeting clients from other countries in Europe, Africa and Asia. This means making information about the island available in languages other than French, with English being the main, but not only, linguistic vehicle.

The study’s main goal was to flag potential divergences between English and French versions that could lead, previsit, to an unintentional distortion of the destination image for foreign customers. The authors looked at websites developed by local tourism industry suppliers in French and subsequently translated into English.  The sample of 109 websites was selected through a search in March 2011 of website links using keywords associated with Reunion Island, tourism, and vacation and with Google as the search engine. Websites using an English version translated using Google Translate were excluded, as were those that were not exclusively tourism-related, nor showing Reunion Island as the main tourism destination, or for which the English version was not available, leaving a section of only 17 sites.

Bearing in mind that issues related to website quality impact negatively on consumers’ decision making, to my mind some of the most interesting points of this study are as follows:

Admittedly the study did not differentiate between private and public actors, or take into account the size of the companies involved or the financial investment dedicated to their websites and translation. It was also based on sites in 2011 and it can be argued that the situation is better today. But from a purely anecdotal point of view a quick glance at my round-up of translation fails in Reunion Island, many of them from current tourism industry websites, begs to differ.

All in all, there is still a long way to go before an acceptable level of translation is achieved for Reunion Island tourism websites, and a similar image is provided irrespective of what language is used.

P.S. All photos are from the UNESCO World Heritage photo gallery of the Pitons, cirques and remparts of Reunion Island. 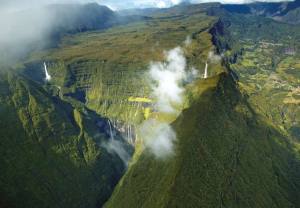