May is the month that saw me type my e-mail address (‘smartranslate’) in a text message and have the autocorrect turn it into ‘slave translator’! Anyway here’s a round-up of interesting articles about translation and language that have been published on the web during May and that you may have not have had time to see:

Don’t forget you have until June 9th to vote for your favourite language Twitterers, Bloggers, Facebookers and Youtubers! I’ve been nominated in the Twitter category. Read more about the competition here.

Every year since 2009 Blabla language portal has held its Top 100 Language Lovers competition. There are five categories:

The nominations received have been narrowed down to 100 for each of the five categories. I’ve once again had the pleasure of being nominated in the Language Twitter Account category for my Twitter account @Smart_Translate. Last year, the first year I’d been nominated, I was delighted to arrive 12th in the Twitter category, and 17th overall. 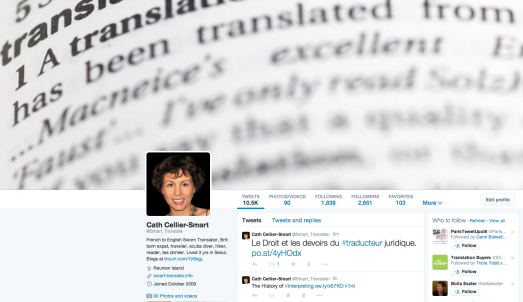 50% of the final score will be based on user votes. You can participate in voting here, or by clicking on the button to the right, until June 9th. Note that twitterers are listed alphabetically by name (e.g. Cath Cellier-Smart), not by Twitter handle. There’s no need to be on Twitter yourself to vote, as the link takes you to a web page where you just click on a link. You can also vote in the other categories by clicking on the links above.

If you’d like to find about more about the competition see this article.

As a linguist and keen scuba-diver, when I first heard of a book about the etymology of fish names I could only but be interested! Given that one of the co-authors is Henriette Walter, whose book Honni Soit Qui Mal Y Pense is a favourite of mine, I was even more eager to read a copy of La Fabuleuse Histoire Du Nom Des Poissons. The book is written in French and mainly discusses French names, but the name of each fish is also given in English, German, Spanish and Italian along with an explanation of the etymology in each of these languages, which makes it even more interesting for a linguist. Here are some of the most intriguing facts I learnt: 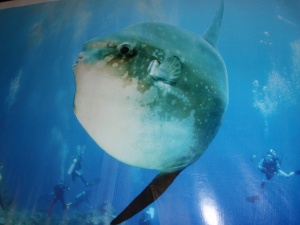 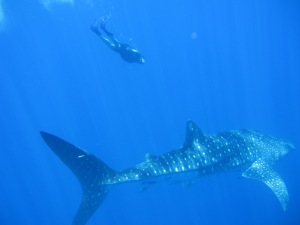 Overall, the authors point out that composed fish names, e.g. goldfish, flying fish, clownfish, triggerfish etc., are much more common in the fish kingdom than in the mammal or bird world (they should know – the same authors also wrote similar books about bird and mammal names!).

With this post I have barely scratched the surface of this fascinating subject, but to finish I couldn’t resist listing some of the many English idioms we seem to have about fish: