Did you know South Africa is the country with the most official languages in the world?* With 11 official languages that cover over 98% of native tongues spoken in the country it’s very linguistically diverse. In order of prevalence these languages are: Zulu (22.7%), Xhosa (16%), Afrikaans (13.5%), English (9.6%), Northern Sotho (9.1%), Tswana (8%), Southern Sotho (7.6%), Xitsonga (4.5%), Swati (2.5%), Tshivenda (2.4%), and Ndebele (2.1%) (note that English only arrives in 4th position; the percentages refer to speakers of the main language at home). I was in South Africa and Swaziland for a great holiday at the beginning of this month and I noticed that not everything is translated into all official languages – forms, brochures and timetables are normally only in English and Afrikaans, while for road signs it seems to vary according to location.

Afrikaans developed from the dialect spoken by Dutch settlers who arrived in South Africa in the 16th century, and was considered a Dutch dialect (called ‘Cape Dutch’) until the 19th century. In 1925 it became one of the country’s official languages, and today is spoken by 6 million people.

English is spoken as a mother tongue by about 5 million people, and is the dominant language in government and media. It has undergone some changes in South Africa: new words have been appropriated from Afrikaans or indigenous African languages, while other words have changed meaning. Grammar, spelling and vocabulary tend to be more British than American. Below are some South African English words I came across during my trip; for more complete lists see the links at the bottom of the post. 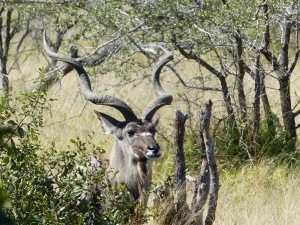 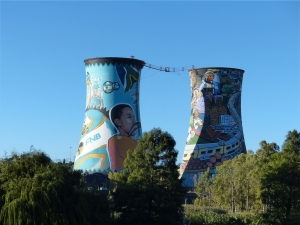 Some Afrikaans words have also entered the English language: 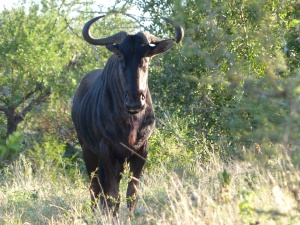 Are you South African, or have you lived in or visited South Africa? What’s your favourite word or expression? Please share in the comments below!

In June 2010 the Macmillan Dictionary Blog posted a series of articles as part of South African English month. You can find these articles here.

* according to the Guinness Book of Records – see here.